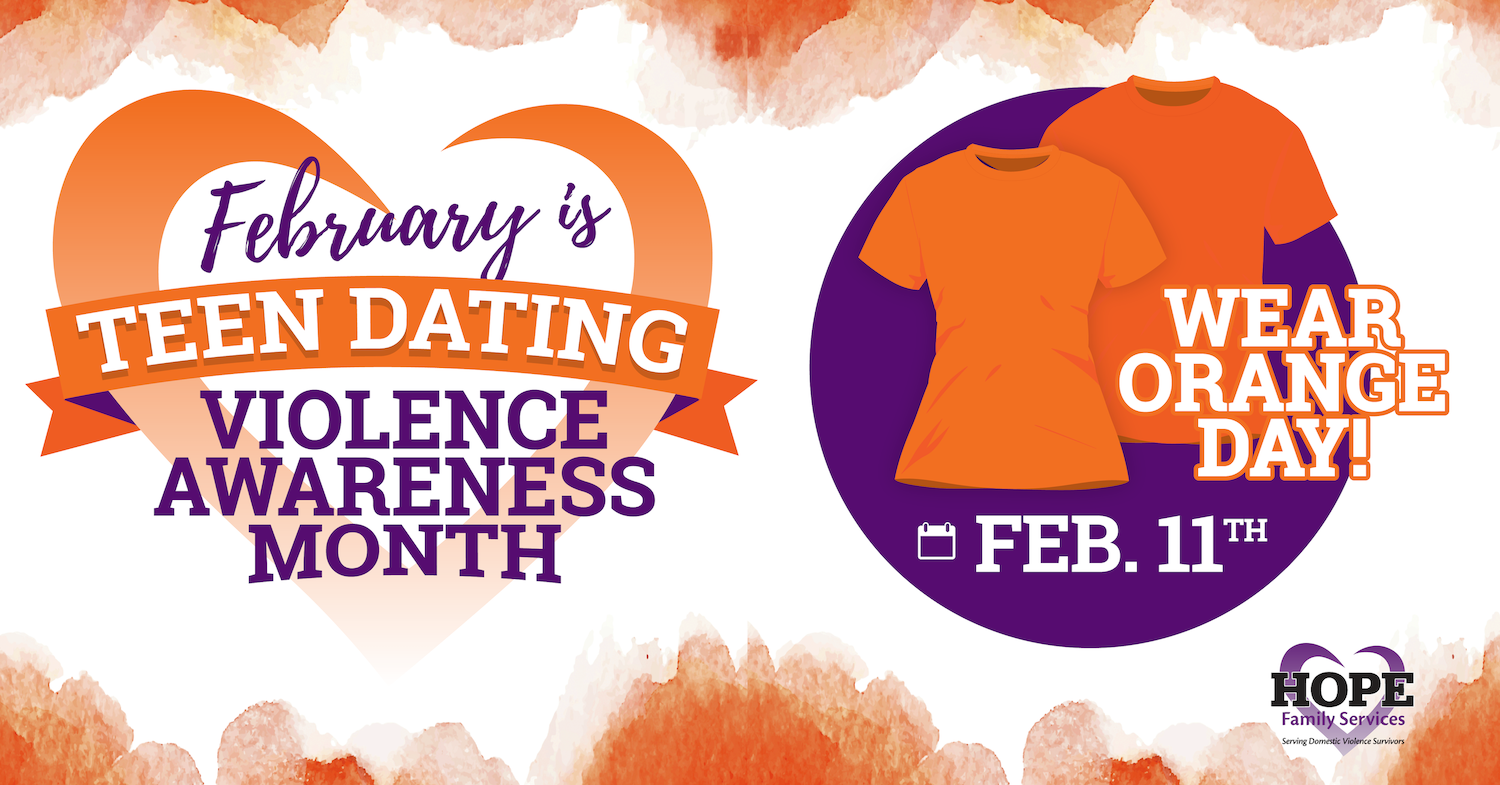 Throughout the month of February, HOPE Family Services (HOPE) invites the community to participate in Teen Dating Violence Awareness Month (TDVAM). Almost 1 in 10 teens report being physically abused by a boyfriend or girlfriend in the last year. Teen Dating Violence Awareness Month is a national effort to raise awareness, protect teens from violence, and promote programs to prevent it.

Everyone has the right to a safe and healthy relationship. However, 1 in 3 adolescents in the US is a victim of physical, sexual, emotional, or verbal abuse from a dating partner and two-thirds never tell anyone. Teen dating violence is a pattern of abusive behavior done by one dating partner to another. Abusive behaviors can include violent words, threats, or actions.

Within the last 10 years, cell phones and the internet have become common tools used by abusers to stalk and harass in violent relationships. At a rapidly increasing rate, many teens in dating relationships have reported being controlled, threatened, and humiliated through the use of cell phones, social media, and the internet.

"Our goal is to get the community engaged in prevention and start a conversation about teen dating violence," says Laurel Lynch, CEO of HOPE Family Services. "We want everyone in the community to promote messages to help teach the differences between healthy and unhealthy relationships."

Participation from the community during TDVAM will help to spread awareness and work to stop dating abuse before it starts! Remember, love has many definitions, but abuse isn’t one of them. HOPE staff members have reached out to local middle and high schools to engage and educate students on the importance of Teen Dating Violence Awareness.

During the month of February, participants are encouraged to engage others on social media using #TDVAM2020 and #HOPE4TDVAM.

All calls to HOPE and services provided by HOPE are confidential. HOPE Family Services is committed to serving people living with disabilities. HOPE is pleased to provide accommodations, including sign interpreters, translation services and alternative formats of printed materials upon request from persons who are deaf, hard of hearing or are living with disabilities.